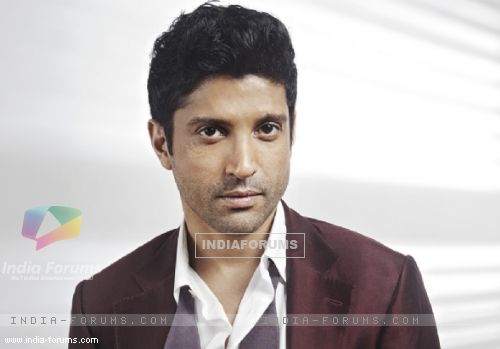 Farhan's 'Dil Dhadakne Do' success is still fresh, but the actor has already started preparing for his next-'Rock On 2'. Farhan has been working 24x7 on Rock On's music, in fact, he recently posted a picture with a Shillong based Rock Band.

The moment Farhan posted his picture with the Shillong based band on his twitter handle, Farhan's mailbox started buzzing with song samples and request mails from bands across India. The movie being based on a Rock Band, lot of indie bands approached Farhan and expressed their desire to be a part of the film. The actor-director did make time to go through all the mails and was impressed with the exceptional talent our country has. Farhan as of now is not very much sure about collaborating with the bands that have shown their interest through mails, but he certainly looks forward to work with them in future if the need arises.

The actor-director-producer has his hands full as his next production venture -'Bangistan' starring Pulkit Samrat and Ritesh Deshmukh is up for release. Farhan will be next seen in 'Wazir' opposite Amitabh Bachchan.