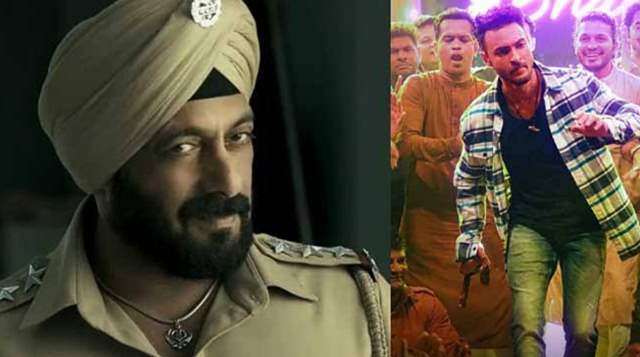 Bollywood superstar Salman Khan starrer Antim: The Final Truth has been one of the most anticipated releases of the year.

While the fans will get to see Salman’s magic once again on the big screen he will also be collaborating with his brother in law Aayush Sharma for the first time in the movie.

Already the Radhe actor's massive fan following is quite excited about the movie, adding on to their excitement, the makers have unveiled a new song from Antim and it is breaking the internet.

The second song from the film 'Bhai Ka Birthday' was released at Raj Mandir in Jaipur on November 1.

While Aayush Sharma who launched the song, had a superb time there at the event.

The fans present there surely had once in a lifetime experience and they could not stop cheering on.

In this video fans can be seen praising the song, shaking a leg on it and cheering non stop.

People also got to see a glimpse of the star dancing on the song in reel and real life as the event ended on a high note. The excitement of the film is here to stay and the fans can't wait for the release.

Speaking of the trailer, Both Salman and Aayush had to undergo significant physical transformation to play their characters in the film, and the trailer shows precisely that.

Salman looks exceptionally buff and determined and will be a treat to watch in a Sardar persona, a character he has never played before, ever.

The story of the film revolves around the face-off between a Sikh police officer played by Salman and a gangster portrayed by Aayush.

This action thriller is an adaptation of Marathi film Mulshi Pattern.

'Antim: The Final Truth' is directed by Mahesh Manjrekar, produced by Salma Khan, and presented by Salman Khan Films.