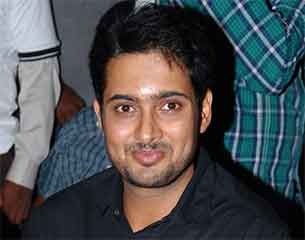 N. Satish, ardent fan of late Telugu actor Uday Kiran, ended his life here by hanging himself from a tree, police said Friday. He was 19.

Satish, who worked in a mechanic shop, was apparently upset over the recent death of Kiran, and, therefore, resorted to taking the tragic step.

"We found a suicide note in his shirt pocket. It stated that he decided to commit suicide because he was saddened by the death of Uday Kiran. He wrote in his note that Kiran was his favourite actor," Prakash Rao, police circle inspector, told IANS.

Since Kiran's suicide, Satish was upset.

"When we contacted his family, they said that ever since he learned about the death of Uday, he was very unhappy and disturbed," Rao added.

Police have registered a case and are investigating.

Uday Kiran committed suicide on Monday in Hyderabad in his flat after film offers dried up. He was 33.