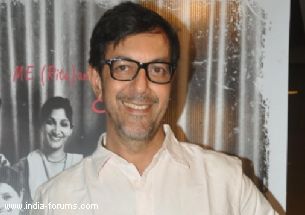 Rajat Kapoor, who has seen many highs and lows in his film career so far, is not deterred by failure. He feels that an actor or a director is "as good" as his or her "last film".

"My wife says failures are important for me to be grounded. One can go mad with success, so failure is important...an actor or director is as good as his last film," Rajat told IANS.

He forayed into acting as the dashing uncle in Farhan Akhtar's 2001 directorial debut "Dil Chahta Hai", also starring Aamir Khan, Saif Ali Khan, Akshaye Khanna and Preity Zinta. After that, he left an impression with his roles in films including "Corporate", "Monsoon Wedding", "Bheja Fry" and "Dasvidaniya".

"In 2009, I was at the top of the world...I was on cloud nine...I thought I could do anything post the success of 'Mithya' and 'Bheja Fry'. But failure taught me many things," he said.

Rajat has also witnessed many failures in his career with his directorial "Fatso" getting mixed reviews. Other films featuring him, like "10 ml Love" and "Agent Vinod", also didn't manage to garner much appreciation at the box office.

"I have faced a lot of difficulties to get producers and get things rolling after a few duds," he said.

He is currently busy promoting his directorial "Aankhon Dekhi" and says he hopes to recover all the money that has been invested in the film.

"The film has been made on a budget of Rs.5 crore...and I hope we will recover all the money. So far, the response has been positive and we hope everyone likes the film," he said.

exclusive
Exclusive Sara Khan to release her next song 'Bham Bhole'; says it's a ...
47 minutes ago