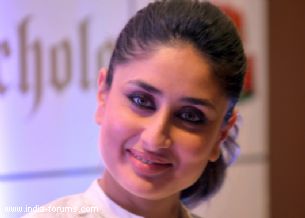 "'Happy Ending' is a romantic comedy film. She (Kareena Kapoor) has done a scene in the film, which is against (her) type. It's something you guys must not have expected, you all will be surprised," Saif told reporters here.

Of his role in the film, Saif said: "There is a lot of talking in 'Happy Ending'. Even that's too difficult! You need control over that... I think I prefer different kind of roles and I must say I love my role in 'Happy Ending'."