The intrinsic joy of Bollywood movies is that they completely draw the audience in and pull all their emotions out. Be it laughter at the comical antics of the actors, the joy of the protagonist's love, the tears shed during emotional scenes, or that exhilarating rush one feels when the hero bashes up the goons in all kinds of physics defying ways, Bollywood movies seem to shuffle though the complete array of the emotion spectrum. This time, BollyCurry brings to you a variety of scenes which plays on the excitement factor, making the audience anticipate for all that is yet to come. 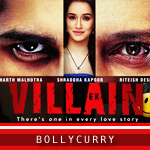 The recent blockbuster Ek Villain portrayed a thrilling face-off between the hero and the villain. The excitement was the result of all the build up that led to that moment where only one had to ultimately prevail. Guru (Sidharth Malhotra) has been chasing Rakesh (Riteish Deshmukh), trying to hunt him down for killing his wife Aisha (Shraddha Kapoor) whilst the audience has been with him throughout the journey, just as they were with Rakesh and his poor domestic life. So when they come face to face, one can't help but feel excited about the outcome of the fight between a tragic hero and a psychopath on loose. 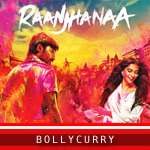 Although most love stories guarantee a 'happy ever after' for all lovers, there are some stories which keep us on the edge with the question of will the guy get the girl in the end or not. Raanjhanaa had Kundan (Dhanush) tirelessly trying to woo Zoya (Sonam Kapoor). Though he faced many troubles and she was determined not to give in to him, when the end came and she finally acknowledged his unwavering love for her, all that was left to see was whether they will get their happy ride into the sunset. Alas, things didn't turn out rosy and beautiful, with Kundan dying in front of Zoya, vowing never to let go of love. 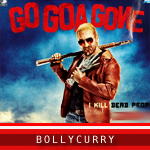 Go Goa Gone maybe India's first zombie movie but it delivered on the excitement front through and through. A group of friends stranded in Goa with everyone around them sporadically turn into zombies on a hunt to eat their brains. There are innumerable chases, escapes and application of wit to save lives. It's a big ride of excitement where mostly good for nothing guys have to save their skin and come out alive at the end of it all. 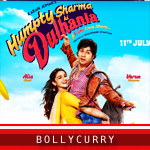 Love is something which always excites and that's why it is the thing we can't get enough of. The recent hit Humpty Sharma Ki Dulhania excited the viewers when Humpty (Varun Dhawan) decides to fight for his love, Kavya (Alia Bhatt), and goes to Ambala to talk to her father, Mr. Singh (Ashutosh Rana) for her hand. Mr. Singh gives him a few days to prove himself a better match for Kavya than her betrothed, Angad (Siddharth Shukla), and then it's all about him doing everything he can to fight for his love. The whole section is exciting because seemingly Humpty fails in all his attempts but as mentioned before, some happy ending are inevitable. 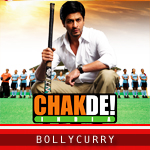 Victory always exhilarates but the whole journey of struggle and hard work to reach that goal is definitely an exciting factor. The critically acclaimed Chak De India showed Coach Kabir Khan (Shah Rukh Khan) relentlessly training the talented but divided team of female hockey players and making them one unit. They go through ups and downs, face troubles, lose battles but ultimately win the war by becoming the world champions of the game. That last penalty shootout of the final match where it's all a 'do or die' situation is a nail biting one, but when that last goal is made and they are declared champions, the rush of excitement one feels makes it all worth it.

There are various scenes of different varieties which excite the viewers while watching them. The scenes mentioned above were just the tiny tip of an iceberg. Use the suggestion box to tell us which scene excited you the most while watching a movie. Till then, happy movie watching and being excited about it!

Do you have a suggestion or comment for BollyCurry? Drop us a PM at BC_Dropbox today.
18 Likes