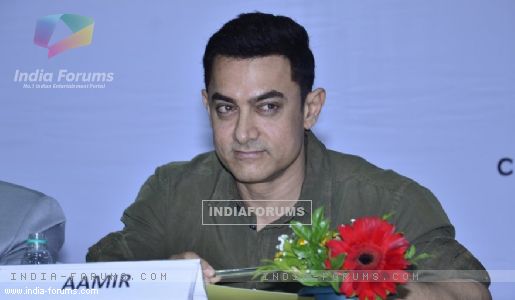 His success is about the right decisions at the right time, but Aamir Khan confesses that the important decisions of his life were never supported by the people around him. However, now when he looks back, he cherishes the fact that he lived his life on his terms and conditions.

"This is a fascinating thing that right through my life, every important decision of my life, all people who are important to me, close to me, have always told me, 'You are making a mistake, don't do this'. I have always been told that," the four-time National Award winner said.

The 49-year-old was speaking at the Young Inspirator's seminar here Tuesday.

He further said: "I always listened to them carefully, I never ignored them. But I finally did what I felt like doing and when I look back after 25 years of being a professional, I think that is the one thing that I feel happy about. I lived on my terms."

"Today, I am successful, but I may not have been successful as well. But I am happy that I never compromised. Whenever I was offered something I was not happy with, I didn't do it."

As a director, he made a successful film "Taare Zameen Par" and the film on dyslexia earned him Filmfare's best director award.

Currently, he is gearing up for the release of his next "P.K." that will hit the theatres in December this year. The actor received a lot of flak for posing nude for the film's poster.