View Profile
Eros International, the leading company in the Indian media and entertainment sector has announced the release dates of its key forthcoming releases God Tussi Great Ho and Drona.

Eros is highly focused on its blockbuster releases this year, which includes God Tussi Great Ho on the Independence Day weekend 15th August 2008. Starring Salman Khan, Priyanka Chopra, Amitabh Bachchan and Sohail Khan, God Tussi Great Ho is packed with great music and comedy and is expected to be a huge success this year. The long Independence Day weekend will serve as a perfect weekend bonanza for audiences.

The other exciting release from the Eros stable, the Eros International-Rose Movies co-production Drona, a never before seen visual treat for audiences will 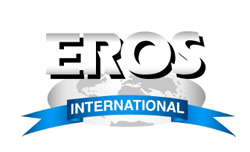 Eros International had recently announced an unprecedented line-up of over 35 releases – Hindi and Tamil films this year, the largest by an Indian film studio.