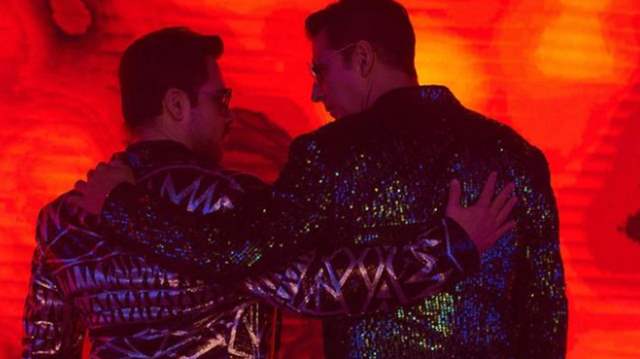 Fans have been eyeing Selfiee, Akshay Kumar's next movie with Emraan Hashmi, since the announcement of the project. There is already a lot of buzz due to the teaser and first-look poster.

The actors have started filming, and lately, Khiladi Kumar posted a dancing practice video from the set to his Instagram account. He could be seen shaking a leg on the classic song "Main Khiladi Tu Anari" from the 1990s.

Emraan Hashmi and Akshay Kumar are seen in the photo looking at one other with their backs to the camera. Both actors are seen sporting blingy jackets over black pants, and according to Emraan's caption, it is clear that they will replicate "Main Khiladi Tu Anari" for Selfiee.

Along with the picture, Emraan wrote, “28 years after the original .. The OG khiladi with the new Anari. This stare down led to a dance off . And what a dance off it was . (Haven’t stopped icing my feet ever since #Selfiee.”

On the work front, Akshay Kumar is currently enjoying the success of his most recent film, Raksha Bandhan.  His next projects include the remake of Soorarai Pottru, OMG 2 - Oh My God! 2, Selfiee with Emraan Hashmi, Bade Miyan Chote Miyan with Tiger Shroff, and Ram Setu with Jaqueline Fernandez and Nushratt Bharucchha. Meanwhile,

Emraan Hashmi will be seen sparring with Salman Khan in Tiger 3. The film also features Katrina in a key role. Fans are ecstatic to see the three actors as they have all been filming for the movie in different international locations.