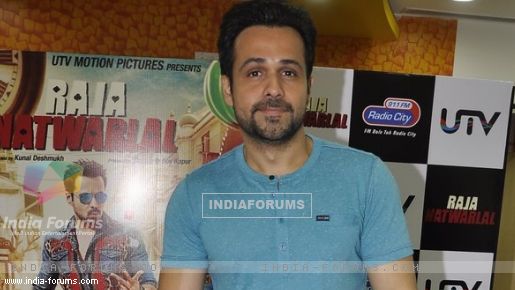 Emraan Hashmi has become identified with various genres of thrillers and, therefore, the actor doesn't see himself fitting into the social or family drama mould.

In his over-a-decade-long career, the actor has worked with filmmakers like Ekta Kapoor, Ronnie Screwvala and Siddharth Roy Kapur, apart from teaming up with his uncles Mahesh and Mukhesh Bhatt.

Another interesting part of his acting journey is that Emraan has mostly worked with newcomers.

Admitting the same, he said: "Yes, I have always brought in fresh faces in the industry and that's because of my brand, it's not something that I yearn for.

"There are great actresses and when I get an opportunity, I will work with them. But there is no yearning that the next film has to be with someone like that. Whenever a film will require one of them, I will do a film with them too," added the actor who teamed up with Vidya Balan in "The Dirty Picture" and "Ghanchakkar".