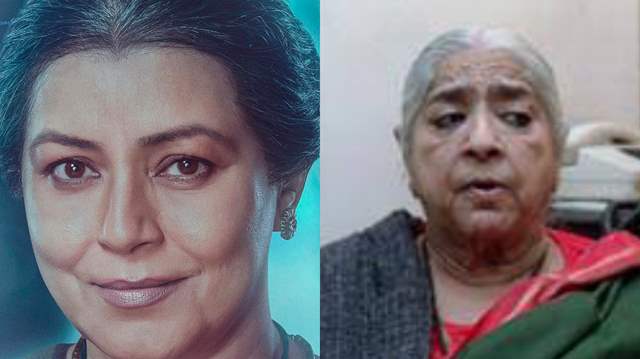 Actress Kangana Ranaut is currently busy shooting for her upcoming film Emergency. The actress recently recovered from dengue and has resumed her work in full swing. She also keeps her fans updated about the same through her social media account.

Talking of which she has now introduced yet another character from her upcoming directorial ‘Emergency’.

The Manikarnika actress took to her Instagram and shared a new poster from the film, the actress revealed that Mahima Chaudhry will be essaying the role of author Pupul Jayakar in the engaging narrative. She captioned it as,

"Presenting @mahimachaudhry1 as the One who witnessed it all, and wrote for the world to see the Iron Lady up, close and personal. #PupulJayakar Friend, Author & Confidante"

Since the film was announced it has become the talk of the town. Although her recent movies didn’t do as well as she would have liked to, she continues to be one of the best and no wonder, her loyal legion of friends shower her with love and affection unconditionally.

Kangana is not just directing this film but is also producing the venture with Renu Pitti. The screenplay and dialogues of ‘Emergency’ are penned by Ritesh Shah. Previously, Kangana Ranaut had clarified that ‘Emergency’ is not a biopic but a political drama.

3 months ago she picked whom others ignored. good job

+ 2
3 months ago Its good to see mahima back

+ 17
3 months ago I almost did not recognise Mahima👀