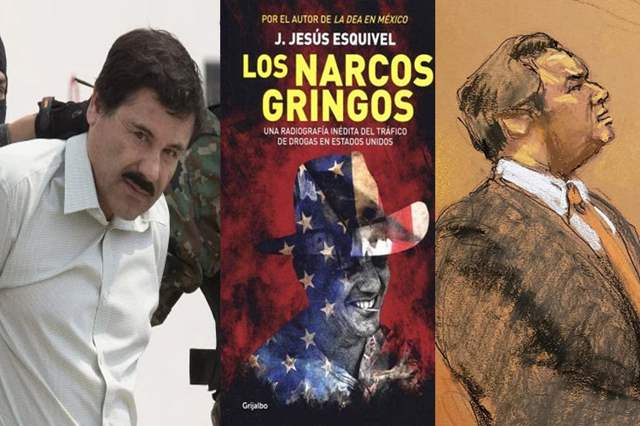 Gaston Pavlovich, the producer of the most-talked-about film, The Irishman has now come in and managed to buy some of the best series and we cannot wait to see what he's going to do with it. The man has swooped on two prime IPs, El Juicio (The Trial), a privileged-access account of Joaquin El Chapo Guzman’s New York court case, and Los Narcos Gringos, a portrait of U.S. drug runners.

The two non-fiction works are both written by Washington-based Jesus Esquivel, whom Pavlovich describes as “the most important  journalist in Mexico in the eyes of many people.” Working out of Mexico City-based Fábrica de Cine whose credits also include Martin Scorsese’s Silence, with Liam Neeson and Adam Driver,  and Tom Hanks-starrer A Hologram for the King, Pavlovich aims to adapt The Trial as a feature film, and Los Narcos Gringos as a drama series.

A “powerful character-driven courtroom drama-thriller on a global scale,” “The Trail” is “not a Mexican story specifically, said Pavlovich.

“It’s about the trial that shook the world during the few days that it lasted, turning on the head of the major cartel in the world,”” Pavlovich told Variety at Los Cabos where “The Irishman” opened the festival, presented by Robert De Niro.

He went on: “Guzman was prosecuted in New York, in U.S. territory not Mexican territory, because all the information that would be revealed in the trial: the caliber of involvement of worldwide players, the number of politicians, institutions, and organizations involved. It’s a much bigger story than just drug dealing in Mexico. It’s about worldwide phenomena.”