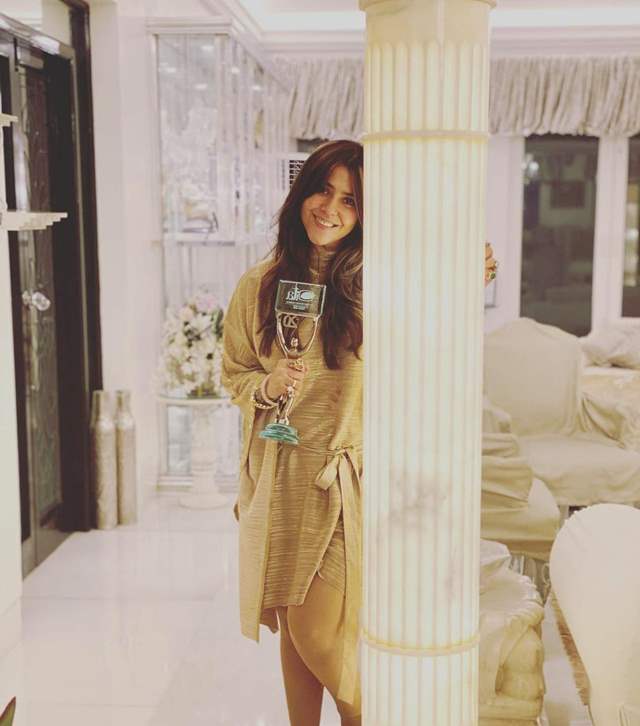 Ekta has been a household name for many in the country, putting India on global map with her content on television, OTT, the big screens everywhere which is why an award for the Hall of Fame for the Queen of Content is very well deserved.

While accepting the award Ekta said, "I cant be taking Hall of Fame awards when I feel if I've just started. This journey for me has been interesting, but thank you all the actors, everyone who's been a part of my journey and who thank me and say these wonderful things but guys I've just started, I hope to come back 20 years later."

Ekta also thanked ITA, her family and friends for being a part of her journey to this lifelong achievement award. She took to her social media as well to thank ITA for this award as she wrote, "Thanku @theitaofficial n @anuranjan1010 for the award n love !"

Ekta Kapoor is the incomparable czarina of content and is the most deserving person to make it to the Hall of Fame of Indian television. And as we know she has just started, so we are always looking forward to more and more from the queen.