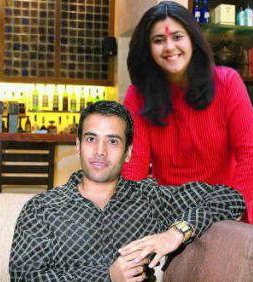 After being seen together in Zee TV’s SaReGaMaPa Challenge 2009 Rakhi episode, Ekta and Tusshar will again be promoting their film together in COLORS’ popular reality show, Bigg Boss.

This film is being more popularized for the very reason that the viewer’s favorite television producer Ekta Kapoor will be seen showing her acting talent on the silver screen. Ekta and Tusshar will be interacting with this week’s evicted contestant of Bigg Boss on Friday August 29th in the eviction special episode. While Shilpa Shetty, the host of the show will be busy in announcing the evicted candidate from among the nominated contestants Rahul Mahajan and Rakhi Vijayan, the brother-sister pair will be seen promoting their film. This undoubtedly will be a double bonus for the audience….

Wonder where the next stop for the brother-sister duo will be??

good luck to their movie!

14 years ago Heard that Rakhi Vijayan and Ekta Kapoor has some clash and so because of that, it will be fun to watch this episode.... :P

14 years ago this gonna b gr8 fun 2 watch...the contestants should feel lucky...mayb after bigg boss they may end up in a K serial...looks like the whole kapoor clan is goin to reality shows. the same night ekta and tushar comes to bigg boss...in sony's 10 ka dum jeetuji and tusshar wil b shown..