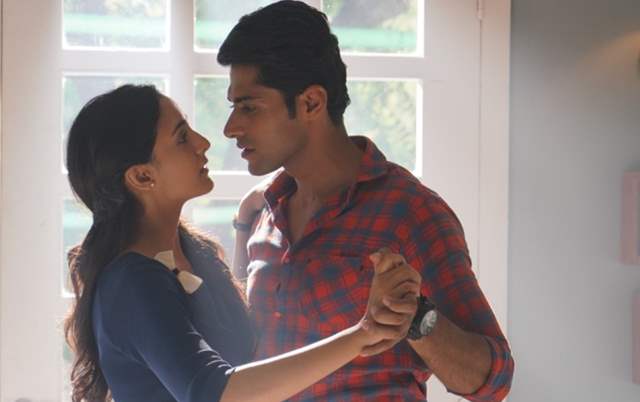 Sony Entertainment’s Ek Duje ke Vaaste 2 is at its peak and Shravan is close to confessing his feelings for Suman. The Studio Next Production is already amongst one of the most loved shows and the chemistry between Shravan and Suman is highly adored by audiences. Dance has been an important element of depicting romance whether it is cinema or the small screen. And now, Ek Duje Ke Vaaste 2 actors Mohit Kumar and Kanikka Kapur can be seen taking the same path.

Suman and Shravan decide to shoot a dance video for an assignment and their sizzling chemistry is sure to attract eyeballs. But as they can see engrossed in each other’s eyes, the story behind the scenes is quite different. The romantic dance sequence between Suman and Shravan took more than 30 takes to get finalized as actor Mohit Kumar who essays the role of Shravan is a ‘not so awesome’ dancer and thus, #SuVan took a lot of efforts to get to perfection. The two actors share a friendly bond off-screen and thus Kanikka Kapur was seen helping Mohit perfect his art of dance along with playfully laughing at his dance moves.

Speaking about the same, actor Mohit Kumar said, “We recently shot for a dance sequence in Ek Duje ke Vaaste 2. Before this, I had just performed in Visarjans and Baarats. So you can imagine how good my dancing skills are. While shooting for it, I took many retakes and I thank Kanikka that she not only had patience to give retakes with me but also helped me with my dance moves. I feel if she hadn’t been around, I might have taken days to perfect this one scene.”

Meena_J 1 months ago tfs...it was a great effort on the entire team's side to produce this scene. thank you for doing your part.

dotsfan 1 months ago That dance sequence was soo flawless and awesome. Mohit Kumar and kanikka Kapur you both are doing great job as shravan and suman. Ek Duje Ke Vaaste 2 is currently best show on television. Keep rocking guys!!♥️

Bucky 1 months ago Wow! Never did it seem like it were 30 takes or that he's not well versed in dancing! Mohit Kumar and Kanikka Kapur were on fire in the seq! Ek Duje Ke Vaaste 2 is going strong and how! Expect more such brilliant scenes from the ensemble! Good luck!

malikakas 1 months ago Mohit Kumar and Kanikka Kapur were awesome in the dance scene in Ek Duje Ke Vaaste 2!

MusicOfTheHeart 1 months ago Deserve the appreciation for the efforts! And it's one of the most beautiful scenes from Ek Duje Ke Vaaste 2!

SuVan_EDKV2 1 months ago my favourite part of that episode of Ek Duje Ke Vaaste 2 was the dance... really couldn't take my eyes off Mohit-Kanika!!

MishtiNew 1 months ago So much effort! Kudos to the whole team!

Vageeshwarics 1 months ago The hardwork put in was reflected in the scene. Both of them nailed it! Loving their chemistry in Ek Duje Ke Vaaste 2!