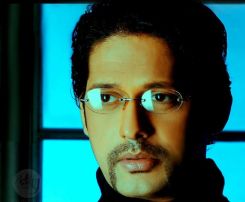 It seems that Sahara One's Ek Chutki Asman is moving very soon with its track, and a buzz has come to us that the creatives of the show are planning a leap.

To add on we also hear that the show will see another high point with the accidental death of  character Ganesh,  essayed by Rajesh Shringarpure. He will soon exit from the show.

A little Birdie from the sets informs, "Soon, Ganesh will  have a confrontation with Hemangi (Chhavi Mittal) and Chutki and their argument will get so intense that Ganesh threatens that he will shoot both of them".

"But in the struggle, unfortunately Ganesh is the one who will fall prey for his own bad deeds. That will be the freezing point of the episode where a bullet passes from the gun unintentionally, and hits Ganesh who is actually the one bad man in Hemangi and Chutki's life."

There is also a Buzz that the show might take a leap in the coming few weeks but the production house has not given any confirmation on the same. And it has been buzzed that if the leap takes place, along with Ganesh, Hemangi's character too will disappear from the frame.

We contacted Rajesh Shringarpure to know on the Buzz and he confirmed the news of his death in the show, but refused to divulge any more details on the track.

Let's see how the show makes itself more attractive to draw more audience.