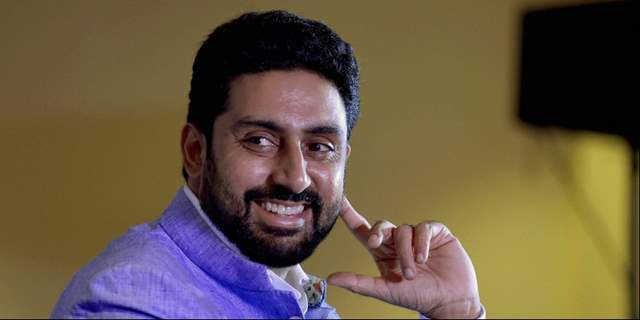 Actor Abhishek Bachchan will be marking his 20th year in the film industry as his debut film Refugee was released on June 30, 2020. Abhishek who is active on Instagram, keeps sharing the BTS stories from the shoots. He recently started sharing about a few moments close to his heart from his journey of two decades in the segment, #RoadTo20.

In these 20 years, Abhishek Bachchan has undoubtedly given us a several outstanding films that cinephiles will never forget.

1.      Refugee (2000) – As the 20th-century came to an end, the film journey of Junior Bachchan began. It was the year 2000 when J.P. Dutta’s directorial Refugee opened the Bollywood gates for two brilliant stars we have today Abhishek Bachchan and Kareena Kapoor Khan. The film had an interesting plot that revolved around a love story which blossomed within the tension at the Indo-Pak border.

2.      Yuva (2004) – After his debut, AB Junior was a part of many versatile films which led him to the Mani Ratnam directorial, Yuva. The political thriller was a multi-starrer that showed the audience a never seen before side of Abhishek. The actor played a grey character with many interesting layers. With a group of co-stars by his side, Abhishek effortlessly went under the skin of Lallan which won him his first Filmfare Award.

3.      Dhoom (2004) – Dhoom became a huge commercial hit for Junior Bachchan and went on to be a significant part of his career going ahead too! The film was the talk of B-Town with its stylish feel and suave characters. AB’s ACP Jay Dixit became a major hit with his straight-faced humour and no-nonsense attitude. With Dhoom 2 (2006) and Dhoom 3 (2013), the actor took the character one step ahead every time and entertained the audience thoroughly.

4.      Sarkar (2005) – This was the first time the father-son duo came together to replicate their real-life relationship on screen. Abhishek played a businessman, son of a firebrand politician. The plot of the film is intense and has a perfect blend of politics, crime, and family drama. The film showed the critics as well as the audience the extreme range of the star’s acting prowess.

5.      Bunty Aur Babli (2005) – Bunty Aur Babli starred Rani Mukerjee and Abhishek Bachchan in the lead who played the perfect con-couple. The multitude of characters they essay to con people is the novelty of the film. And of course, another huge novelty was the coming together of Amitabh Bachchan and Abhishek on the big screen for the very first time. This film helped in bringing the nuanced comedic side of AB Junior who wielded the same magic in many of his other films.

6.      Guru (2007) – One of the most successful films, both critically and commercially, for Abhishek was Guru. The world that Mani Ratnam created with Gurukant Desai in centre was one in which the actor seamlessly adjusted. He worked on his dialect, he changed his physicality and gave it more than his hundred percent for this role of a small-town boy turned into the country biggest tycoon. The role of Guru Bhai won the actor a lot of love from the fans and lot of trophies at the award ceremonies.

7.      Paa (2009) – Unlike Sarkar where the father-son duo Big B and Jr Bachchan replicated the real-life relation on-screen, Paa was the film where they there was an interesting role-reversal. Big B played the role of a 12-year-old who happens to be Abhishek’s son. It talks about a disease called Progeria which Amitabh Bachchan suffers from in the film, making them the right fit for this novel idea. The R Balki directorial became special for everyone not only because of this unique dynamic displayed in it but also because Abhishek, who turned a producer with the film, won the National Award for it too.

8.      Manmarziyaan (2018) – Manmarziyaan saw Abhishek Bachchan come back to the silver screen after a two-year break. The excitement among his fans was palpable when the trailer had released and AB Junior lived up to the promise with his portrayal of Robbie. His easy-going avatar in the first half of the film put a smile on all our faces. And, when the explosion of emotion came later, the audience was left awestruck once again by AB Junior.

As Abhishek Bachchan completes two decades in the industry, he is now all set to start his third decade with some amazing movies live The Big Bull, Bob Biswas and Ludo which are expected to release soon.

"Rhea is Being Subjected to a Bizarre & Dangerous Media ...
58 minutes ago