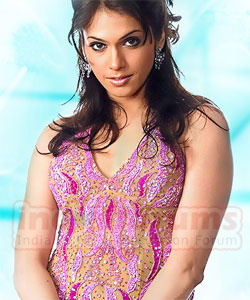 Bollywood actress Eesha Koppikhar, who is tying the knot Nov 27 with beau Timmy Narang, is trying to complete all her projects before the D-day, including an item number for her forthcoming 'Right Ya Wrong'.

Produced by Subhash Ghai, 'Right Ya Wrong' is releasing Jan 15 next year.

'A special sizzling song number is being added by Subhash Ghai in the film, which is being picturised on Eesha Koppikar before she gets into a wedding knot Nov 27 this year,' read a statement from Mukta Arts Tuesday.

'Eesha is finishing all assignments before her wedding including 'Right Ya Wrong' and 'Hello Darling', a comedy again by Ghai's Mukta Arts including others,' the source added.

Eesha's other future projects include 'Shabri' and 'Har Pall'.