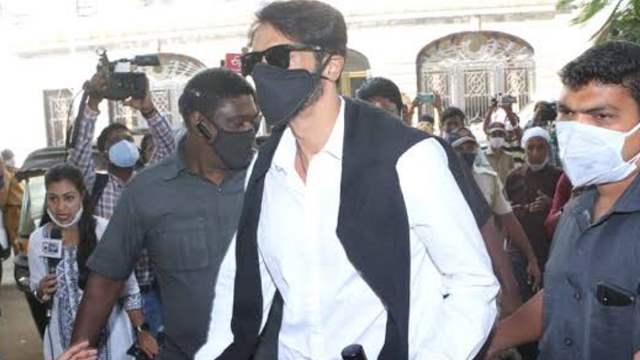 Bollywood actor Arjun Rampal was asked to appear before the Narcotics Control Bureau (NCB) after his name cropped up in a drugs case linked to late Sushant Singh Rajput’s death.

After two rounds of previous interrogation, Arjun was summoned again by the Narcotics Control Bureau for questioning and was asked to appear before the agency today, on December 16, 2020. However, the actor has failed to do so and sought further time.

As per latest reports, Arjun has sought time till 21st December, to appear before Narcotics Control Bureau.

Previously, the NCB had conducted a raid at Rampal’s Mumbai house and reportedly found a banned drug at his residence. The agency had seized electronic gadgets such as laptops, mobile phones and tablets during the search and also questioned Rampal's driver.

A drug angle had uncovered after the death investigation of Bollywood actor Sushant Singh Rajput. Several A lister celebrities including the likes of Stars like Deepika Padukone, Shraddha Kapoor, Sara Ali Khan and more were questioned after Rhea Chakraborty was arrested by the agency. Rhea and her brother Showik Chakraborty are currently out on bail.

+ 5
4 months ago My goodness. POT is NOT a big deal. People need to MOVE ON. considering it some horribly illicit drug when yall openly consume it during holidays, is not only hypocritical but stupid. How about focusing on ACTUAL crimes. like a possible murder, or the countless cases of DV, infanticide, trafficking, rape and so on that people are actually struggling with.