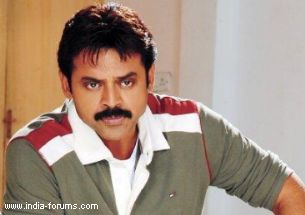 The makers of upcoming Telugu thriller "Drishyam", remake of Malayalam blockbuster of the same name, have launched a jigsaw puzzle on the social networking site Facebook. The game has already generated a lot of buzz as it allows users to win prizes every day.

The puzzle features several interesting scenes related to the film, which stars Daggubati Venkatesh and Meena in the lead roles.

To participate and win exciting prizes, one can log on to http:// bit.ly/DrishyamPuzzle. The idea behind the jigsaw puzzle is to escalate the drama and the suspense of the film, which is directed by Sripriya Rajkumar.

"Drishyam", produced by Suresh Productions, is gearing up for July release.

'Game of Thrones' prequel 'House of the Dragon' begins production; ...