View Profile
The makers of upcoming 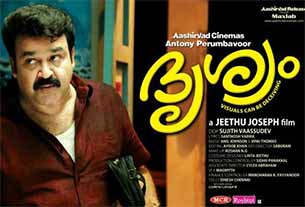 ", a remake of a similarly titled Malayalam blockbuster, are confident it will not mimic the standard formula of filmmaking and produce a new wave of cinema in the language.

"'Drishyam' is a new experience even for us as an attempt to break away from mimicking the standard formula, to find new ways of offering audience a completely different cinematic experience. We believe it will create a new wave in Telugu filmdom," the film's producer Suresh Babu said in a statement.

"We wanted to make a movie that will connect with each and every Telugu movie buff. In 'Drishyam', we found we could do it," he added.

Directed by Sripriya, the film has been shot in places such as Araku Valley, Vizianagaram, Hyderabad and Kerala.

"Drishyam", which is slated for release in July, features Daggubati Venkatesh and Meena in lead roles.