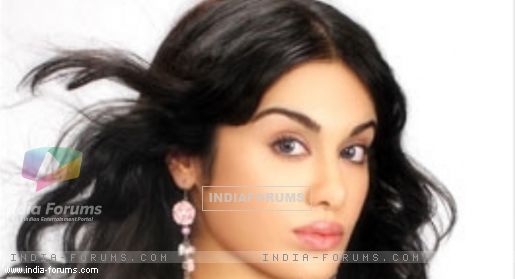 Actress Adah Sharma is excited since for the second time in her career two of her forthcoming films - "Son of Satyamurthy" (SOS) and "Rana Vikrama" - are releasing around the same time.

While "Son of Satyamurthy" releases on Thursday, "Rana Vikrama" will hit the screens on Friday.

"Both the films are important to me as they're releasing in the same week. Last year, it was 'Hasee Toh Phasee' and 'Heart Attack', and this time it's 'S/O Satyamurthy' and 'Rana Vikrama', which happens to be my Kannada debut," Adah told IANS.

Pointing out that both the films are commercial entertainers, she said: "In Telugu, I've already been accepted, thanks to 'Heart Attack'. But I've tried something different in 'SOS'. Hopefully, they'll like me in this role as well. In Kannada, it will be my acid test as I'll be facing new audience. I hope they accept me with opens arms".

This is the first time Adah has teamed up with actor Arjun and director Trivikram for film "Son of Satyamurthy". And she terms working with them as a learning experience.

"There's so much to learn when you work with people like Arjun and Trivikram. Both have been on my list of people I've always wished to work with in Telugu industry. It was so much fun with them on the sets," she said.

"I've been a fan of Arjun's work. He's a great dancer. What really mattered to me was being part of a project featuring Trivikram and Arjun because it's not every day you get such big projects," she added.

Quiz Adah if she was nervous about working with Arjun or Trivikram, and pat comes the reply: "I don't get nervous about these things. I was very happy. I get nervous only when I'm unprepared. I'm not the kind of person who thinks whether I should do this or not. People think when you work with the likes of Trivikram, you bear more responsibility. But I seriously don't feel that way".

"I enjoy what I do and that's why it's so much fun. If I start thinking about the burden and responsibility, then I have to worry about proving and it will only mess things up," she said.

"Son of Satyamurthy" also features Samantha Ruth Prabhu and Nitya Menon in leading roles. Although Adah didn't have any scenes with Nitya, she enjoyed working with Samantha as she got to learn from her.

"I'm quite excited about the film. I'm eager to know how audiences will receive me. Nowadays everything rests in the hands of the viewers because they are more intelligent and know what to reject and what not," she said, and added her portion in the film is set against a college backdrop.

Adah and Puneeth will also be seen in a never-seen-before fantasy song.

"There's something very imaginative about the song. I'm sure audiences will love it," she said.