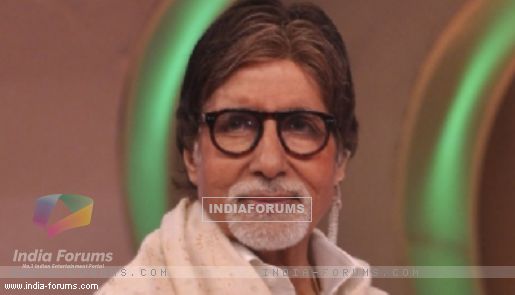 At a time when most classic Bollywood movies are returning on the big screen in form of remakes, megastar Amitabh Bachchan says he doesn't want his popular film "Shakti" to be so treated.

Amitabh's "Don", "Agneepath" and "Zanjeer" have found a new lease of life. But the 72-year-old actor doesn't want "Shakti" to have the same fate.

"It was a very special film. I don't think there should be any remake of the movie. The movie gave me a chance to work with a star like Dilip (Kumar) ji. In fact it is very difficult to say who will be able to portray those characters with conviction on the big screen," the actor said at a session of Agenda Aaj Tak here Saturday.

Released in 1982, the film brought two screen icons together - Amitabh and Dilip Kumar. Ramesh Sippy's film revolved around a policeman and his son and the former's decision to do the right thing at any cost.

Amitabh's late father Harivanshrai Bachchan was a noted poet. His poetry especially "Madhushala" is still remembered and recited. But Amitabh says writing is not his forte.

"I cannot write. I go through scripts as I have to do the scene, but writing is not for me," he said.