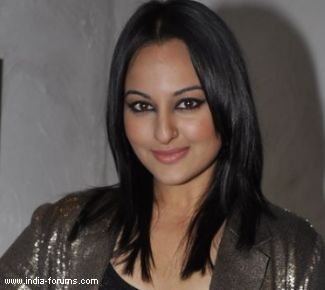 has forced people to draw comparisons with Kareena Kapoor's "Chammak challo" in "RA.One". However, the actress brushes it off as mere co-incidence and insists the two not be compared.

"I am not just Chammak Challo, I am also Chail Chabeeli. I would like to say when we had shot for this song, 'Ra. One' had not released and we had not seen that 'Chammak Challo' in a red saree. It's just a co-incidence," the 24-year-old said here Monday in an interview.

Sonakshi insists that the two songs are completely different.

"Both the songs are different, it was westernised but our song is full of Indian melody. So you should not compare the two," said Sonakshi, who made her Bollywood debut as a demure village belle with "Dabangg".

Nawazuddin Siddiqui Waited 20 Years to Work with Sudhir ...
22 minutes ago

Rakul Preet Singh confesses to being a part of drug chats ...
52 minutes ago