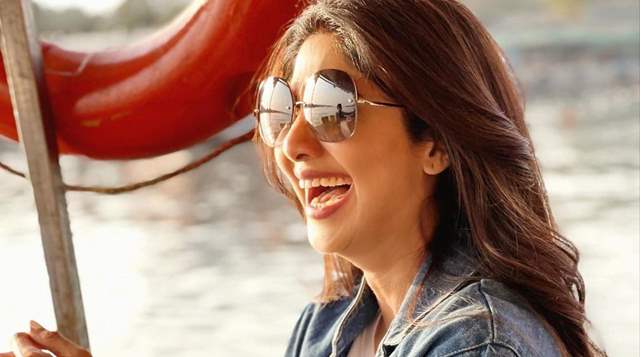 Bollywood actress Shilpa Shetty is currently on a promotional spree for her upcoming film Nikamma. The actress will be seen casting her magic on the big screen after a long break from the showbiz. Her fans are super excited to see their favourite star shine on the silver screens yet again.

Shilpa in a recent conversation with the media talked about how things have changed over a period of time in the industry.

The Baazigar actress was asked about the difference she felt working back then and now with new talent to which she replied saying,

"The new age actors are different from who we were, audiences have changed the way we emote have changed love stories have changed. in our lives first, we used to write letters and then phone calls, we would give blank calls Abhi toh gane aap suno 4 vodka hookah bar, romance is changed everything is going to change"

Further, when asked if has she ever given a blank call the actress smiled and agreed saying,

"Yes! I have, and also received many blank calls" followed with a hysterical laugh.

Nikamma also stars Abhimanyu Dassani and Shirley Sethia, the film is directed by Sabbir Khan and is slated to release on 17th June 2022.

2 months ago Oh this fraud queen....wait till she lands in a new hot soup

+ 10
2 months ago Goodluck Shilpa for this movie. Also goodluck to Abhimanyu