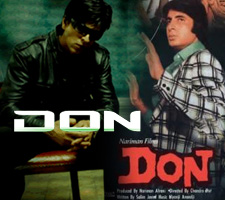 Hey guys we all know about sequel to Farhan Akhtar's 'Don' but here is something more exciting for you. Irani's the producers of original Don were planning for its sequel since long and now finally they have decided to go for it. Exciting isn't it?


Now comes in a surprise, original Don starred Amitabh Bachchan so of course he is very much a part of it. Buzz is that joining Big B will be our Bollywood Badshah Shahrukh Khan. Yes the producers of the film are planning to rope in SRK too for this project and will soon approach him for the same.


In the film he would not be playing a cameo but will have a pivotal role. Well it looks like patch up between Big B and King Khan is going to be a boon to the industry as their onscreen jodi has created magic in films like 'Mohabattein' 'K3G' etc.Also the two have agreed upon Farah Khan's film 'Happy New Year'.


So guys are you all set once again for chase to begin?