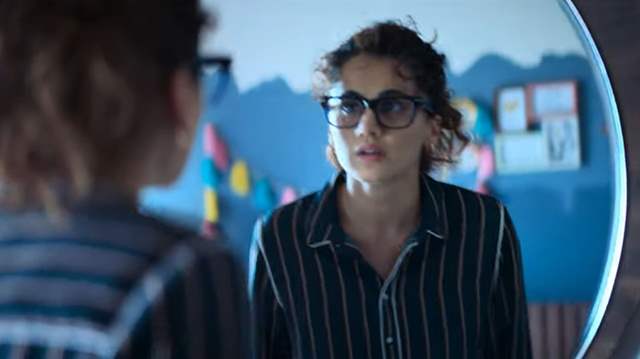 After portraying the Indian cricketer Mithali Raj on screen, Taapsee Pannu is now gearing up for her next Do Baaraa. The film helmed by Anurag Kashyap will also feature Pavail Gulati. Pavail and Taapsee had previously shared the screen in Anubhav Sinha’s Thappad(2020).

Now after teasing fans with the first look poster and other clips. the trailer of the film is launched. Taapsee Pannu starrer appears to be super thrilling and intriguing. The 2-minute clip will keep you at the edge of your seat pondering about what is happening and what will it lead to.

Dobaaraa is the Hindi version of Mirage, a 2018 Spanish film starring Adriana Ugarte, Chino Darn, lvaro Morte, Javier Gutiérrez, and Nora Navas. The plot centres around a woman whose reality is mysteriously transformed as she attempts to prevent the death of a kid from the past.

Taapsee and Anurag will collaborate again in the upcoming film, following their 2018 blockbuster Manmarziyaan. In a statement, the actress talked about rejoining Anurag, claiming that they didn't seem to have a break because they were in constant contact.

+ 2
2 months ago How proudly these Bullywoodias flaunt their remakes instead of doing something original.

+ 12
2 months ago Taapsee is boring and repetitive