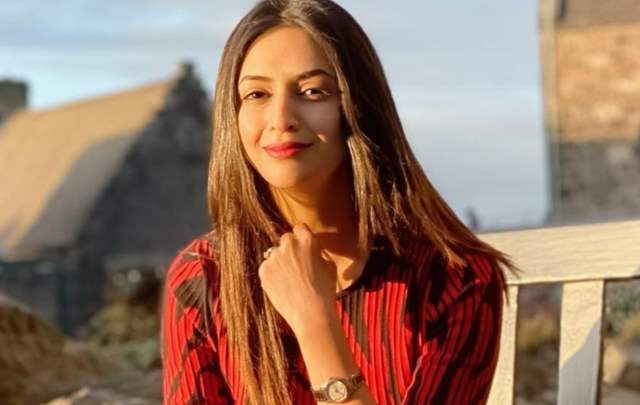 Divyanka Tripathi is one of the biggest names in the industry and the actress continues to win hearts with the work she has done, and is in fact, celebrated for her screen presence. Recently, she was in the news about replacing Erica Fernandes in Kasautii Zindagii Kay, however, it turned out to be just a rumour.

We got talking to Divyanka in an exclusive chat and the Yeh Hai Mohabbatein actress had some insights to give about the lockdown, the treatment meted out to television actors, her interest in Bollywood and life with husband Vivek Dahiya during lockdown.

Excerpts from the interview...

With the buzz around you replacing KZK, how do you feel about such rumours in general, given they've been around since forever?

I think it is okay for people to speculate. At times they want to see a certain kind of pairing or want to watch their favorite actor on screen, that is why they start a rumour. As far as I am concerned, I clear the air as soon as I can.

Given the lockdown, does it get to you to be at home and not on sets given the tight schedules actors have in general?

No, it doesn't get to me at all. I am quite an introvert. I barely got an opportunity to stay at home in the past so I am enjoying every bit of it. Having said that, I have been shooting on and off for advertisements, events, and home shot commercials. Hence, as far as my work is concerned, I am pretty busy.

You explored the webspace and it did extremely well, what are your thoughts on the reach that TV and Web have as different mediums?

I think TV shows can be quite relevant. Indian TV shows generally cater to current festivals and trends.  and of course. The story and tracks are actively changed according to TRP charts & people's preferences. So it basically responds to public choice rapidly. As far as digital space is concerned, there is a huge buffet of content.

I feel that courtesy of the lockdown period, the elders of the family have also started watching shows on digital platforms who weren't even techno-savvy till a few months back. Due to a lack of entertainment on TV during the pandemic, they welcomed the entertainment on the web and have adapted to new means. Actors and technicians are also being presented with lots of new opportunities.

On a comparative note, there is a beauty of television that will never die. When it comes to reality shows, festive events, award shows, they are a delight to watch on regular TV channels.

With the ongoing insider/outsider debate, even TV actors moving to Bollywood has become a topic of conversation, especially the treatment they are meted out sometimes. Your two cents on it?

However hardworking or talented, TV actors are generally judged for their performance on TV without even considering that they are always given scripts at the last minute and they deliver with no preps in the lowliest conditions. They are easily tagged as 'TV wala' and then never considered for quality work on other platforms.

On one hand, people are talking about nepotism, on the other there is gangism. Even after being in the entertainment industry, they are still outsiders.

Are you keen on working in Bollywood?

Yes, I am keen on working in Bollywood, but only if I get a good character. For me, the character sketch and the storyline are very important. Getting a film tag is not as big as what I am made to do in the film. I hope Film walas take a leap of faith on TV walas and give them the opportunity they deserve. I'm sure opening up doors for actors of my like will benefit Bollywood as well.

What is your next step as far as work is concerned, given the unlock phase is on and shoots have resumed?

Post my 6 years long-running show I've got a forced relaxing break thanks to the lockdown. Now again I'm bursting with energy and zeal, looking forward to great challenges. After the unlock, I have shot for a few commercials. As far as fiction space is concerned a couple of web shows I signed for got canceled as a COVID effect, but everything happens for good. I'm eagerly waiting for good scripts. Bring it on.

On the personal front, how has this time been for you and Vivek? Any plans to start a family soon?

(smiles) No, we are not planning to start a family anytime soon. Yeh saal to count hi nahi hoga na (this year will not be counted, right!). We had plans to travel and work more this year but we couldn't so that has been pushed. On the personal front, things have been smooth (touch wood). We did not realize how and when all these months passed by and that is what happens when your frequencies are in sync. We divided our duties, gave each other ample amount of time and enough space as well when required. We did a fair job in maintaining a balance.

Divyanka Tripathi calls out Indians for throwing pooja residue in the ...

A HUGE FAN 1 months ago Miss you on the small scene, Divyanka Tripathi!