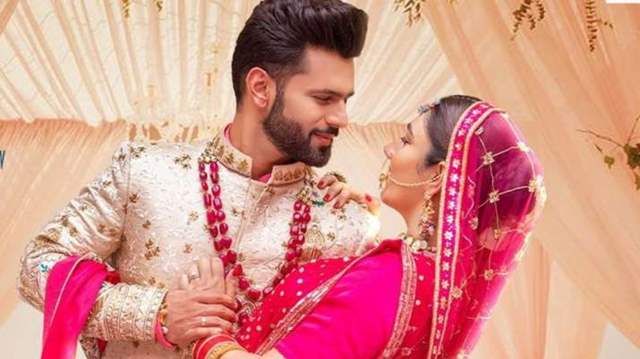 Disha Parmar and Rahul Vaidya are all set to tie the knot on July 16, and well, the two have been all over social media in the past few days. Right from sharing their invitation card to the videos and photos from the dance practice, the two have been all hearts, and fans of Dishul are excited to see them on the big day.

Disha spoke to Pinkvilla about the big day and how she is looking forward to the same. She said, ''You know I am actually looking forward to that whole day, because waking up on that day, getting dressed, being there at the mandap, to do the vidhis, and to just be a married couple - I think it’s going to be unbelievably beautiful. I can’t wait to start my life with him. I think it's going to be the best day of my life and nothing will beat this.''

She also confirmed that she will be performing along with Rahul at the sangeet ceremony, however, she did not give away details. However, she added that they are doing a lot of dances together as well as separately and will also be doing a filmy scene together.

She also had her bachelorette recently and photos were doing the rounds online. She said that it was rather chill given the restriction and they were just having a fun time together. She also added how she slept well after that night only since she was worked up before that and it was one day to just relax, eat well, and have fun.