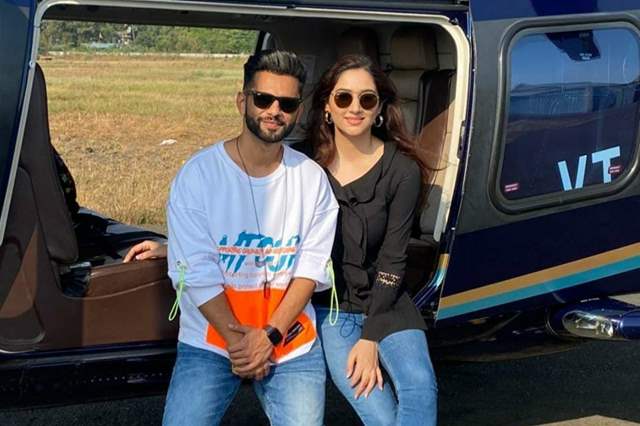 Bigg Boss 14 runner-up Rahul Vaidya sure managed to create a mark with his stint on the reality show. But he also won love while inside the house as he proposed to Disha Parmar on national television and also received a yes from the actress during Valentine's special episode where she entered the house briefly.

Talking about the realisation, and then proposing Disha, the singer said how everyone says all kinds of things to you inside the house and no one used to speak to him in the beginning. He revealed that it was then that he started missing her and wanted to meet her, and mentioned he did not meet her before entering the house. He told The Times of India how he also regretted not having told her his feelings while he was outside and mentioned further how one realises the importance of every relationship outside while inside that house.

Meanwhile, Disha also spoke about how she felt when he first proposed to her and revealed that she was celebrating her birthday when she saw the promo of the proposal. She added how she was taken aback because they weren't dating and while she does not deny that she did like him, this was a shock. She added that they never spoke about their feelings for each other and it took time for her to let things sink in and her family was also surprised. She revealed further how she had tears in her eyes and when she thought about it, she knew there was no way she could have said a no and when he came out for a week, they got an opportunity to discuss it.

Further, Rahul revealed how he was rather worried about the reaction from Disha's parents and since it had been a while, he was in two minds as to what did they think about it and whether or not Disha liked it. Both Rahul and Disha have been friends since mid-2018 and the two started talking on Instagram. While they have shot for a single together, they became good friends later.

Both Rahul and Disha also spoke about things they like about each other. As for Rahul, the singer mentioned how Disha looks very peaceful and he has never heard her speak ill of anyone, including people she does not like. He added how she is simple and extremely beautiful and he realised his love late, but people around the two always wished that they were together. Meanwhile, Disha says how Rahul is clear about everything in life and he is honest and romantic, and that is amazing. She also said how she knows he is going to be a great husband.

About the wedding, Rahul mentioned that the marriage will happen in the next three to four months and they are still looking for a date. As for pre-wedding jitters, Rahul said that they both are calm and not fussy, and he wants his wedding to be a somple affair.