A Bollywood film is considered to be the brainchild of writers and directors working together on any particular project or in this case, a script. Many of us don't understand the importance of a director in creating a film that would appeal to the audiences and eventually lead to overall appreciation. BollyCurry is back with yet another edition of our feature article 'Director in the Spotlight' with the legendary director Mahesh Bhatt in the spotlight.

Born on 20th September 1948, to parents Nanabhai Bhatt and Shirin Mohammad Ali, Mahesh Bhatt is a legendary writer, producer and director in the Bollywood industry. He is the co-owner of Vishesh Films along with his brother Mukesh Bhatt. Whilst Bhatt was in school, he used summer jobs to earn money. He also created advertisements for various products which lead him to becoming an assistant director to film director Raj Khosla. He is well known as the director of movies like Arth (1982), Saaransh (1984), Janam (1985), Naam (1986), Sadak (1991), Zakhm (1999), to name a few.

Bhatt married his first wife Kiran (born Lorraine Bright), whom he met in school, at the tender age 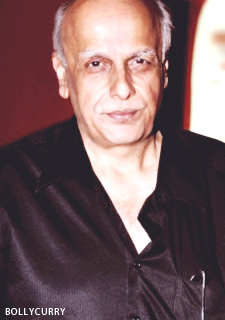 of 20. The couple was blessed with two children - Pooja Bhatt, an actress and a producer and Rahul Bhatt, an aspiring actor. Later on, he fell for the actress Soni Razdan and decided to marry her in the year 1986. The couple has two daughters - Shaheen Bhatt and actress Alia Bhatt. Actor Emraan Hashmi happens to be his nephew.

2.      He was dating actress Parveen Babi before he married actress Soni Razdaan.

Bollywood undoubtedly needs filmmakers like Bhatt who have the courage to take inspiration from his real life experiences and present it on the silver screen. His journey in the Bollywood industry has been an encouragement for the entire film fraternity and the audiences ever since he entered the Hindi cinema vicinity.

With this, we take a wrap and promise to be back with yet another talent from the industry for our readers. BollyCurry wishes Mahesh Bhatt all the best for his future ventures with great health and fitness. We hope he continues to entertain us for many more years to come.