View Profile
This week, caught under the spotlight, we have the multi-talented and a very successful film director, producer, actor, writer, playback singer, lyricist and television host: Farhan Akhtar.

Akhtar was born to the critically acclaimed lyricist and scriptwriter, Javed Akhtar and Honey Irani, on January 9th, 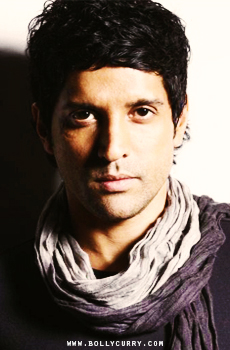 1974, in Mumbai. His sister is Zoya Akhtar, also a film director, while Farah Khan and Sajid Khan are his talented cousins. Akhtar attended school and college in Mumbai, but his attention shifted to film making at the age of 17 when he started assisting the late Yash Raj Chopra with his film Lamhe.
Akhtar's directorial debut was in 2001 with the launch of the international award-winning film, Dil Chahta Hai. The overwhelming success of the film proved to be the turning point in Akhtar's life. The passion and freshness with which he directed the movie was the starting point of a journey that was yet to make him reach new heights and levels of success.
Farhan's next venture was Lakshya in 2004 starring Amitabh Bachchan, Hrithik Roshan and Preity Zinta. The film dealt with the topic of youth and managed to make the audience connect well with the concept but failed to do well at the box office.

He next tried his hands with Don - The Chase Begins in 2006, which was the first remake among Akhtar's directions. This King Khan starrer was a superhit at the box office and became a favorite of many, despite being the remake of the 1978 classic of the same title. In 2007, Akhtar produced Honeymoon Travels Pvt. Ltd., an average performer at the box office. In the same year, he directed Positive, a short 12-minute documentary to bring about an awareness of HIV/AIDS.
2011 proved to be the year for a sudden rise in Akhtar's career with the production of Zindagi Na Milegi Dobara. This film was a commercial success at the box office as well as a huge hit overseas. The movie bagged four Filmfare awards, two Apsara Film & Television Producers Guild awards, and two awards at the International Indian Film Academy Awards.
The same year, Farhan produced Don 2, the sequel to the 2006's Don. Owing to the immense success of the prequel, Don 2 also managed to become a box office hit.
Besides producing and directing, Farhan has starred in several movies including Rock On!!, for which he was the playback singer as well. The film bagged five awards, four of which won Farhan the Best Male Debut, Star Debut, Super Star of Tomorrow and the Most Promising Newcomer awards.
Did you know?
Writer: Fariha L.
Editors: Khushi P. and Jenifer Y.
Graphics: Komal P.