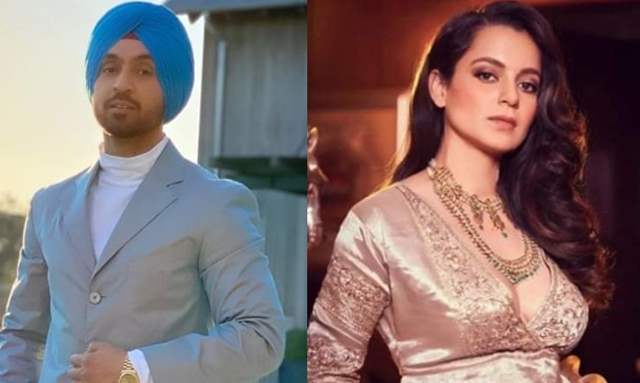 A lot has conspired between actor Kangana Ranaut and singer Diljit Dosanjh who have been engaged in a war of words on Twitter over the new but controversial farm laws. The Punjabi singer has hit back at Kangana after she accused him and Priyanka Chopra of "provoking the farmers."

The ugly spat was reignited on Wednesday after Kangana suggested that Diljit had ‘disappeared’ from the scene, after raising his voice in support of protesting farmers.

Kangana, in a series of tweets, questioned Diljit’s stand over the issue with farm laws.

She wrote, “@diljitdosanjh ji I am simply asking what exactly you don’t like about the #FarmBills2020 ? For example I like the fact that now farmers can sell their produce any where in the country, just how you can earn money anywhere in the country, I also like the fact they can choose to skip the middle man and sell their products directly to corporates or consumers, everyone feels these are revolutionary steps taken by the government to help miserable condition of farmers in India,then why are you provoking protests? Please help me understand your POV.”

(I don’t think I owe you any explanation

stop pretending to be an authority on all matters. Great

still, you seem to be obsessed with me

so here you go, take some time out and listen to this)

Diljit and Kangana’s Twitter spat began earlier this month, after  the actor wrongly identified an old woman at the ongoing farmers’ protest as Bilkis Bano, the face of the Shaheen Bagh protest. She also claimed that Bilkis was ‘available (for hire) in 100 rupees’. However, Kangana deleted the tweet post the clarifications given by Diljit and criticized her for spreading misinformation.