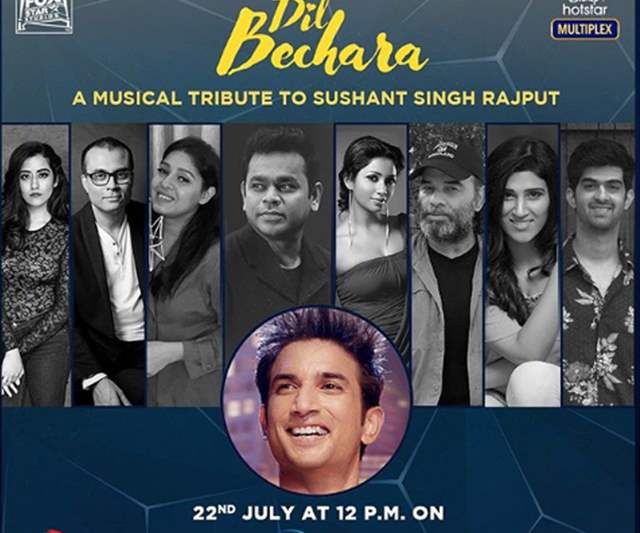 It is no secret that the world continues to somehow fathom even now that actor Sushant Singh Rajput has indeed passed away and is not with us anymore. While there is a lot of negativity and apparent schemes attached to as if what happened or not, there are some positive things also happening in the meantime.

We all know that Rajput's last acting appearance in the form of the film, Dil Bechara will see the light of the day on Disney+ Hotstar on 24th July 2020.

His last acting appearance is indeed what everyone will be cherishing and with Dil Bechara, it feels a lot more important as the music of the film is provided by none other than A R Rahman. Celebrating Rajput and paying a tribute to him, a musical special is scheduled to have the likes of Shreya Ghoshal, Sunidhi Chauhan, Amitabh Bhattacharya, Mohit Chauhan, Arijit Singh and other singers along with Rahman himself coming together to pay homage.

According to SpotboyE, the tribute will take place in a live session on July 22, 2020, on the streaming platform Disney+ Hotstar and the YouTube channel of Sony Music India. The full list of singers include Jonita Gandhi, Hriday Gattani, and Shashaa Tirupathi will pay a musical tribute to late Sushant Singh Rajput in their melodious voices.