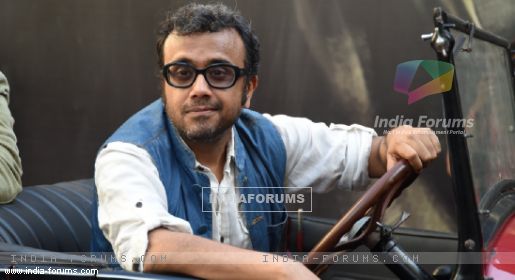 Filmmaker Dibakar Banerjee was enamoured by a "mysterious quality" in Sushant Singh Rajput. He says that's the reason why he roped in the actor for the protagonist's role in "Detective Byomkesh Bakshy!".

"He was my first choice (for the film). When I discussed the film with Aditya Chopra, we thought of Sushant's name. We were clear that only Sushant can become Byomkesh as there is a mysterious quality about Sushant, which works well for this character. He keeps himself private," Dibaker said here.

The director appreciates the actor for his "hard working" nature.

"He lost 8 kg for this film; he met many Bengali people in Kolkata and adapted their body language. Not everybody can do this. The audience will see a Sushant never seen before," he added.

"Detective Byomkesh Bakshy!" is slated for release on April 3.

In terms of budget, Banerjee, who is known for movies like "Khosla Ka Ghosla!", "Oye Lucky! Lucky Oye!" and "Shanghai", says that for his new period drama film, he has "maintained the right balance".

"But yes, if compared to my previous films, I have spent a lot for this film. Still, if you plan things properly, then you will not end up spending much. The film was made in the right budget and I am happy about it."