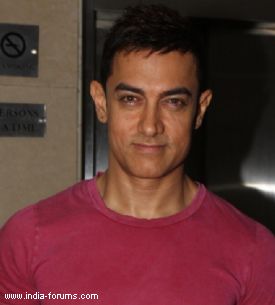 Bollywood superstar Aamir Khan said Tuesday that he treats all his films equally and his forthcoming release "Dhoom 3", which is coming out Friday, is as important as any of his own film from the past.

"I think for me every film is important. All the films I do are equally important to me. I treat all my films equally and I really love my work. When I do a film I join the process which is as important to me as the outcome," Aamir told reporters here at a promotional event of the film.

The 48-year old actor-filmmaker said that the enjoyment of the audience matters the most to him.

"What I really look forward from my film is when audiences sit in a theatre and the lights go out, how much they enjoy it. I work for providing that enjoyment. Success for me is when the audience come out and say they enjoyed the film," he said.

Aamir plays Sahir, a circus artist in the film, which is the third installment in the "Dhoom" franchise. It also features Katrina Kaif, Abhishek Bachchan and Uday Chopra in important roles.

Directed by Vijay Krishna Acharya, "Dhoom 3" is the first Indian film to be released in IMAX.