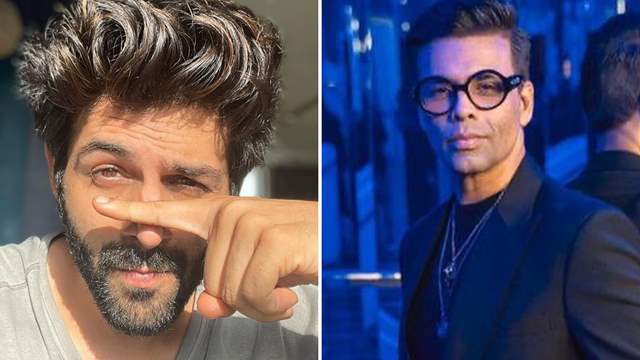 The day began with a shocking piece of news stating that actor Kartik Aaryan has been ousted from Dharma Production’s ambitious project Dostana 2.

As soon as the news went viral, several reasons behind the shocking decision made the rounds on the Internet.

Putting an end to all speculation, Dharma Productions has issued an official statement and confirmed that Dostana 2 will see a new cast now. The statement reads:

Due to professional circumstances, on which we have decided to maintain a dignified silence - we will be recasting Dostana 2, directed by Collin D'Cunha. Please wait for the official announcement soon.

As per our exclusive information shared by a source close to Dharma Productions, the production house replaced Kartik Aaryan from Dostana 2 on grounds of unprofessional behaviour.

The source informed that after completing 20 days of shoot, Kartik started pointing out ‘creatives issues’ with the script and threw tantrums about the same. Besides, his repetitive schedule delays and cancellations hampered his co stars Janhvi Kapoor and Lakshya. While Janhvi lost out on Mr. Lele due to schedule clash, Kartik’s behaviour also impacted Lakshya, who is making his debut with the film.

As per the current scenario, Kartik has been dropped out of Dostana 2 and Dharma Productions has vowed to never work with the actor again in the future.

Besides Dostana 2, reports have it that Kartik Aaryan has lost out on yet another big film. A Pinkvilla report states that the actor has been removed from Sharan Sharma’s next film based on a cricket story.

Our team has been repeatedly trying to connect with Kartik Aaryan’s team but they remained unavailable for a comment.

+ 2
29 days ago Same case like Sushant!! But still audiences will go to theaters and still watch stupid KJO movies rathe than banning them!!! Audiences are equally responsible

29 days ago Wait for another Nepo kid launched by KJO 😂