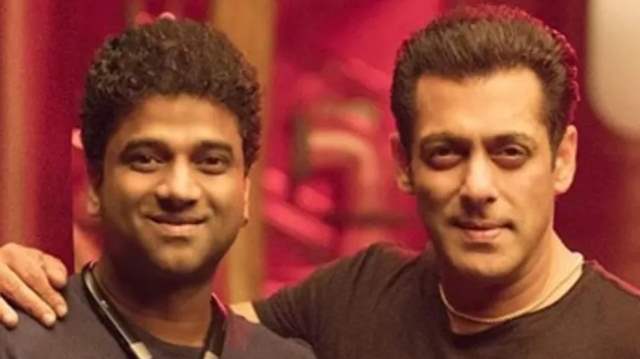 In the midst of speculations that Salman Khan and DSP, aka Devi Sri Prasad, have called off their collaboration on Bhaijaan, the Pushpa music composer reveals  about his only song for the next blockbuster film. Talking about the song DSP said to Pinkvilla,

"From the beginning, I was never the full music director for the film because when they had approached me, a couple of songs were already done".

There have been rumours that Salman and his team did not like the music DSP composed for the film Bhaijaan (earlier titled Kabhi Eid Kabhi Diwali) The talented musician, though, has different things to say.

He further spilled beans about the situation and sai that, he gets along well with Salman Sir, and he respect him greatly. Their journey began with Dhinka Chinka, and because of how loving bhai is as a person, he never says no to him. Khan always appreciates and thank him for his trust stated Devi Sri Prasad, whose hit song Seeti Maar, which featured Salman Khan and Disha Patani in Radhe, was originally composed by him.

Talking further he mentioned that he was never the entire music director for the movie from the beginning when they reached him, a few songs were already finished.

Talking about the song he quoted,

"This is one important song, an amazing number and it is for the first time Yo Yo Honey Singh and I have collaborated for it, a collab I was waiting for a very long time. I always do things that people don't expect. We have experimented with it and there are other singers also in it. It is going to be a family singers' song."

The film starring Salman Khan as a lead will also feature Shehnaaz Gill, Pooja Hegde and a few others in key roles.

+ 8
2 months ago im sick of salman playing himself in every movie.