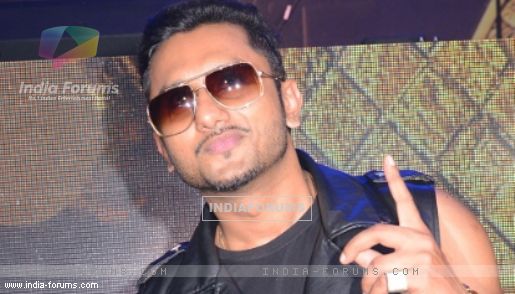 Rapper, singer and composer Yo Yo Honey Singh has launched his new music album "Desi Kalakaar". He says it has a romantic flavour to it.

The album was launched at an event Tuesday. It will be available exclusively on digital music destination Hungama.

"This album has less party songs. There is no alcohol song in it. It is a very romantic and dance-based album. It is something new from Yo Yo Honey. A new avatar of him as 'Desi Kalakaar'," said the rapper, who has churned out hits like "Blue Eyes", "Brown rang" and "Dope shope" in the past.

"I think this album has long shelf life. You can listen to it as many times as you can," he added.

For the new music album, Honey Singh has joined hands with Bhushan Kumar of T-Series. As part of his earlier collaborations with the music company, Honey Singh has delivered chartbusters like "Sunny sunny", "Lungi dance", "Party all night" and "Chaar bottle vodka", which featured in different films.

Talking about his singing style for "Desi Kalakaar", Honey Singh said: "So far you have seen me doing the rap, but in this album I have sung almost 70 percent and just a little bit rap."

For the title track of the album, Honey Singh signed actress Sonakshi Sinha to feature in its video.

He said: "She is looking really good in the video. I think she is the main charm of the video. I really want to thank Sonakshi for her support and being a part of this video".

Presented by T-Series, "Desi Kalakaar" has seven tracks and their videos will be uploaded at regular intervals.

One of the forthoming music videos of the album will also feature actress Urvashi Rautela.

The songs and the Video of the title track "Desi Kalakar" will be available across Hungama's digital platforms for download and streaming and it will reach out to audiences globally.

Urvashi Rauleta takes to the streets to feed underprivileged girls