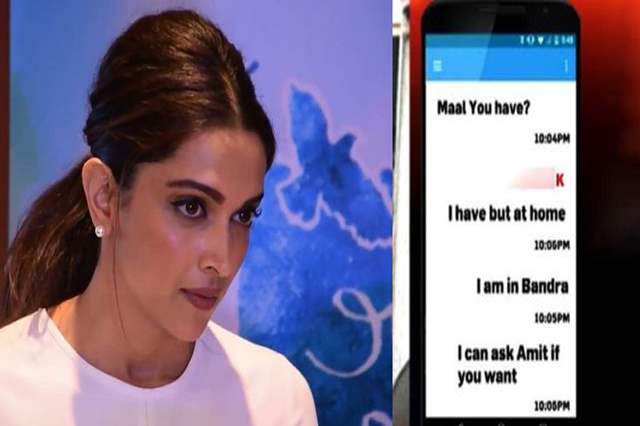 The investigation surrounding actor Deepika Padukone in the current drug fiasco has certainly taken one and all by surprise. While Sara Ali Khan and Shraddha Kapoor's statements were known already, the one with Padukone wasn't known just as of yet.

Now, according to a report in Times Now, Padukone's reply to the NCB (Narcotics Control Bureau) has been revealed where she apparently denied any consumption of drugs at all and when asked about the word 'maal' being used in the chats, she called it code for cigarettes-

Usually, the rational understanding of 'maal' is termed to be for drugs and that was also what was assumed by one and all once these chats were out. However, with Padukone denying the same, we will have to wait and see what happens next in this saga.

We also reported earlier in the day about how the NCB will now look into the financial records of Padukone, Kapoor. Ali Khan and Rakul Preet Singh.

The Narcotics Control Bureau will probe the bank account details of the actors. The report also suggests that the agency is already checking the credit card payments made over the last three years.

Nature-Happiness 27 days ago Who is the actual source, that is giving you information? Is NCB jobless to give information, specially to the INDIAN media? Where nothing, but false information is published? If that's the case, then why don't you all solve the case? Instead of being a news portal, you all should be a detective agency. No news will be believed, until NCB confirms it. They haven't told anyone, what questions they have asked, yet you people are so stubborn to spread information. Even if we all are eager to know, we want to know the right information and not baseless information. If Deepika is consuming, NCB will let us know. They will publish a statement (probably), that you people will term in your own words. So, please wait for the right time and not spread information which makes no sense...

msin 27 days ago This article reminds me of sholay .. Amitabh Mausi scene .. it is so obvious to everybody that Deepika consumes drugs .. it would have come out better if she had confessed and opted for rehab .. but no she has to pretend she is whiter than white ..this is not the 80-90s where u can fool the gullible public .. Deepika is a druggie along with the the whole cabal

basherz 27 days ago moreover its not a hidden secret that some of the rich people with anxiety consume drugs, she could've just confessed it moved on. Trying to hide one lie people tell 100 lies, isse behtar hota - they confess the truth & move on.

basherz 27 days ago these celebs bhi na, think officers & commoners are fools. Maal is a term used for drugs, alcohol, black money & illegal products. If it indeed is cigarettes, it should have been some drug filled one - maal is a 4 letter word & cig is a 3 letter word, easier to type cig hai kya - to maal hai kya.

luvumjht 27 days ago Why will someone ask their manager to buy a cigarette, her driver could buy it from the next shop. Her lie is as paper thin as the plot of her movies. Own up and move forward.

pyar-ishk 27 days ago I like Deepika but she need to knock it it off. Maal is maal, E for Ecstasy and cigarettes is cigarettes. It's there life no one judging but we're not idiots

zee112 27 days ago Why would anyone use a code for cigarettes, and that too maal?

shumnarashyd 27 days ago no judging. but please give us some credit for having a brain. who uses a code word for cigarettes. Blows my mind to think celebrities thinks public will believe anything.

Camren11 27 days ago I love deepika and i will never judge anyone for weed or hash consumption because those stuff are like it or not pretty common in our society and most of us have done it too but who calls cigarettes maal? Lol atleast make up a better lie