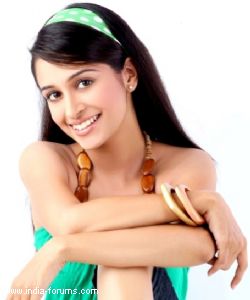 As we all know, the popular hit series of Tamil 'Kalangal' is going to be made in Hindi by UTV, for Star Plus. We hear that after an extensive search the channel and the production house have signed their female lead.

A little birdie tells us, "The strong minded, independent, working woman in the character 'Abhi', will be essayed by Deepika Samson."

Deepika made her debut in TV with Imagine's Devi. She is presently seen playing the role of Rekha in Zee TV's Agle Janam Mohe Bitiya Na Kijo.

As reported by Tellybuzz, the male lead, a charmer, who will go on to have a grey shade will be played by Rohit Khurana. Noted actor Rohini Hatangini, Aishwarya Narkar and Anjan Srivastava have been finalized to play key roles.

We tried calling Deepika, but she remained unavailable.

All efforts to get in touch with Mayuree Chaddha Fiction Head, UTV were futile.

rittu_deep 9 years ago RK, we are waiting for ur new show Dorr....We love you...

cjs369 9 years ago Rohit khurana...waiting to see u in this new star plus show ...maayke se bandhi DORR...

rittu_deep 9 years ago RK, you are the best actor...Waiting to see you again in "Dorr"....You are a true rockstar....

skjuly25 9 years ago The tamil show was called Kolangal and not Kalangal! It was a very successful show .... surely hope the Hindi version meets expectations!

bsp29 9 years ago I would love to see Dipika in lead. She was quite promising in Devi. She is really good. It is the break she will get what she deserves.

eku_1501 9 years ago the new lead is reallllllllllllly nice.... really excited to see them together..

SourCandyDrop 10 years ago Yaaaayyyy cant wait for this show. I love Rohit...