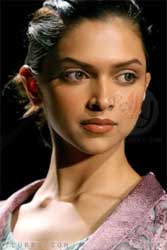 From the looks of it, the hot real life couple, Ranbir and Deepika have nonetheless broken up after 2 years. Deepika felt insecure and was not fond of Ranbir flirtatious nature with his female co-stars. More so, Ranbir's mom, Neetu Singh also shared cold vibes with Padukone! A break up can be a critical and tough phase through ones' life but this doesn't seem to be the case for Deepika Padukone.

If buzz holds true, Deepika has moved on from this break up. The Om Shanti Om fame has decided to forget the past and strictly focus on her career for the mere future. She wishes to strengthen her acting skills and become a successful actress of all time!

Recently the stunning beauty was approached by an ace producer who was considering Ranbir to play the opposite. However when Deepika heard the name Ranbir, she was no longer interested in the project. The actress has been trying to stay away from ex-beau, Ranbir as much as she can.

Isn't this a good act of unprofessionalism?
Featured Video