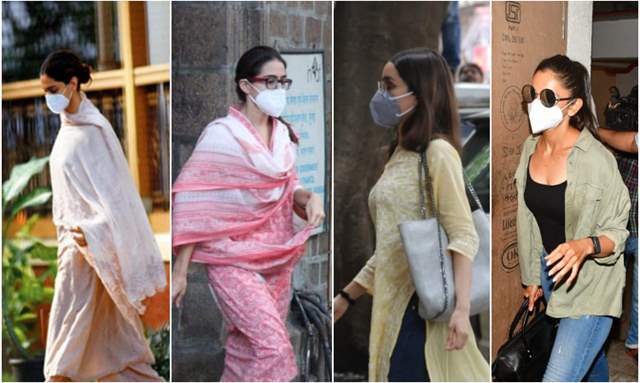 The Narcotics Control Bureau (NCB) recently questioned Sara Ali Khan, Shraddha Kapoor, Rakul Preet Singh, and Deepika Padukone over their alleged connection to the Sushant Singh Rajput’s death investigation and Bollywood’s drug nexus. They were asked to join the probe after their name cropped up through the WhatsApp chats procured by the agency.

The NCB reportedly wants to expose the larger drug nexus prevailing in the industry in connection with the Sushant Singh Rajput case. However, the NCB has clarified that they will not be investigating the infamous party video taken by director Karan Johar back in 2019 when he had called in all his industry friends for a party.

Now, the latest CNN News18 reports suggest that NCB will now look into the financial records of Deepika, Shraddha, Rakul, and Sara.

The Narcotics Control Bureau will probe the bank account details of the actors. The report also suggests that the agency is already checking the credit card payments made over the last three years.

The probe is being conducted to ascertain if any payments were made which have alleged drug connection.

The development comes after NCB chief Rakesh Asthana arrived in Mumbai yesterday. The NCB chief accompanied by Joint Director Sameer Wankhede has spoken with the NCB Mumbai team and has analyzed the evidence gathered till date in the case.

He has signaled a green light for the crackdown on the drug nexus in Bollywood & has reportedly given the agency 6 months' time to file the charge sheet in the ongoing Bollywood-drug link probe.