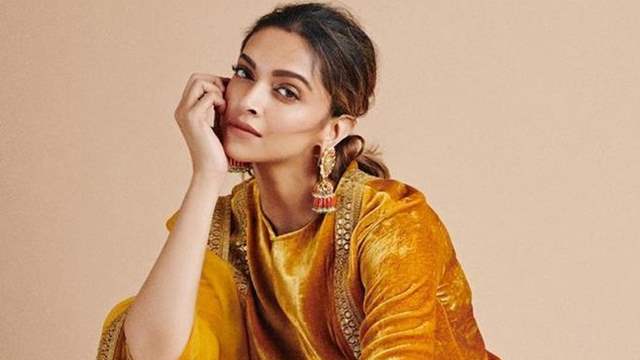 Bollywood actress Deepika Padukone has resigned from the post of the chairperson for Mumbai Academy of Moving Image (MAMI).

Back in 2019, she had replaced filmmaker Kiran Rao as the MAMI chairperson and called it a huge honour and a huge responsibility.

She announced her decision to quit with a social media post.

In her post, Deepika wrote: "Being on the board of MAMI and serving as Chairperson has been a deeply enriching experience. As an artist it was invigorating to bring together cinema and talent from all over the world to Mumbai, my second home.”

"I have come to realise however, that with my current slate of work, I will be unable to give MAMI the undivided focus and attention it requires”, she added.

She concluded by writing: "I depart knowing that MAMI is in the best hands possible and that my bond and connection with the academy is one that will last a lifetime." 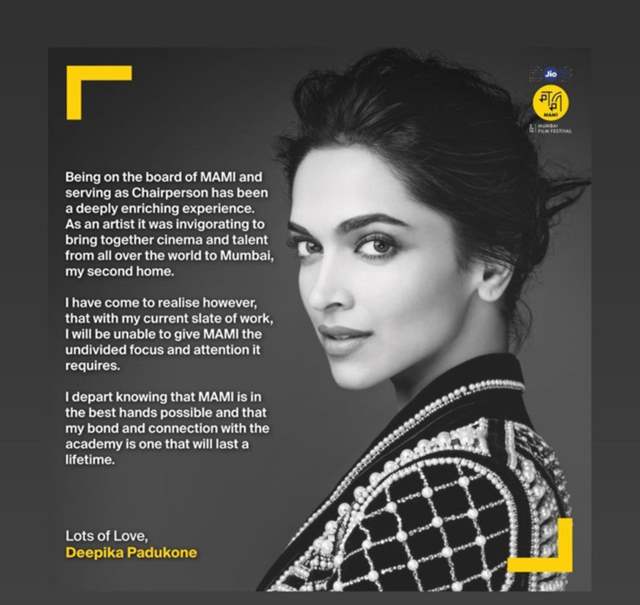 Deepika Padukone has a busy schedule full of exciting projects. She will be seen in Kabir Khan’s sports film ‘83 co-starring husband Ranveer Singh. She is currently shooting for Shakun Batra's film alongside Ananya Panday and Siddhant Chaturvedi.

Deepika will also be seen sharing screen space with Shah Rukh Khan in Pathan. She has also bagged her first film opposite Hrithik Roshan, titled Fighter, and an upcoming film with Prabhas.

Recently, Deepika shared the first poster of the ‘The Intern’ as she welcomed Amitabh Bachchan onboard. The film is a remake of Nancy Meyer's Hollywood film which starred Anne Hathaway and Robert De Niro in the original.