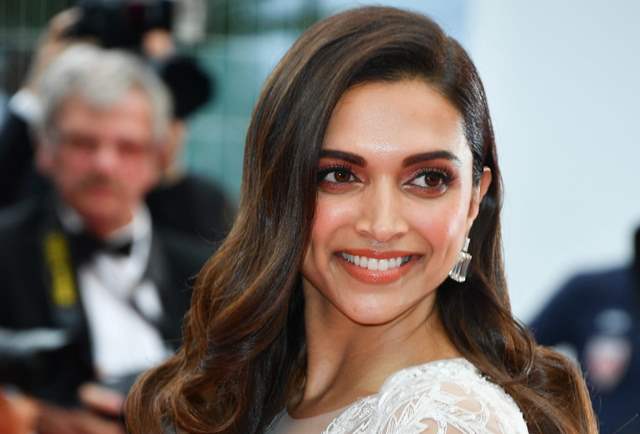 Deepika Padukone celebrated 13 years of her hit debut film 'Om Shanti Om' on Monday by changing her Instagram and Twitter names to 'Shantipriya', the character she portrayed in the film.

Deepika also changed her display picture to a still from the movie featuring her and Shah Rukh Khan, who was the lead actor in the movie. Om Shanti Om not only garnered critical acclaim but also was a box-office success.

To mark the special day, Deepika's fans have also been celebrating by showering the actress with immense love and appreciation. Her fan universe has been buzzing since midnight, and have even put a 'Common Display picture' to celebrate the day. 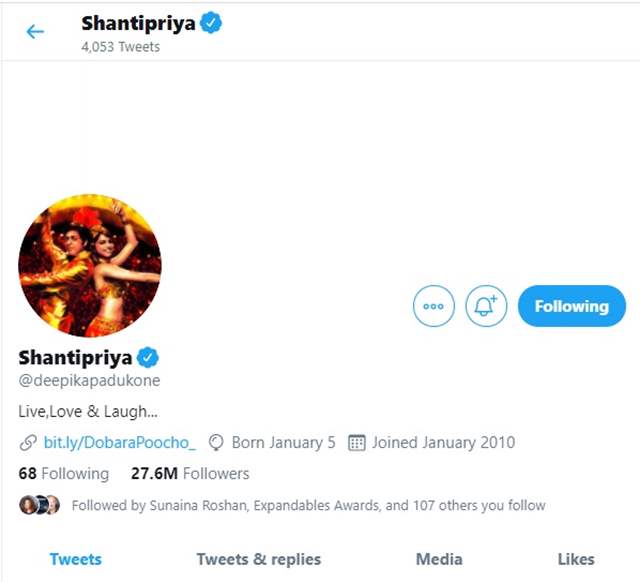 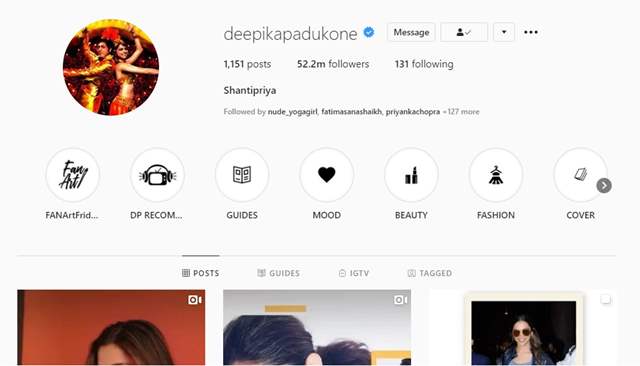 Ever since her debut, Deepika has undoubtedly treated us with versatile and powerful characters like Piku, Mastani, Rani Padmavati, Meenamma and the list goes on. Over the course of last 13 years, Deepika has truly transformed as an actor, and the audience is very excited to see her upcoming performances.

Deepika has carved a special place in the hearts of the audience, and 'Om Shanti Om' put her in the map of Indian cinema. Even though it was her debut movie, Deepika won several accolades for the character.

Deepika will be next seen in Shakun Batra's untitled film, alongside Siddhant Chaturvedi and Ananya Panday.