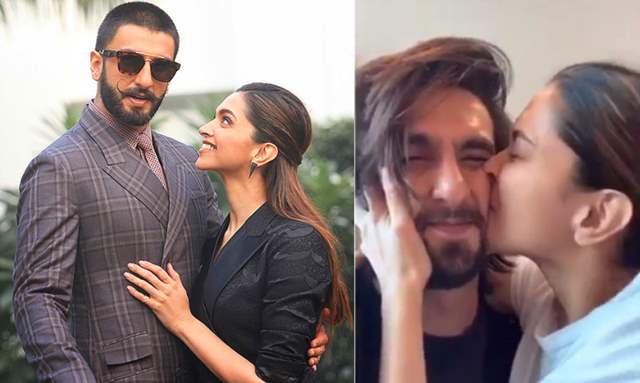 From being co-stars in Ram-Leela to being lovers and then-husband and wife, Ranveer Singh and Deepika Padukone have come a really long way. The duo has been setting couple goal in all ways possible and share adorable chemistry with each other. The two have been supporting each other on a personal and professional front as well.

Its no secret, Ranveer’s dynamic personality has always been admired by his fans while wife Deepika is mostly poised and reserved. Previously, Deepika had revealed how they both respect each other's space, which comes as part of their professional commitments.

Now, during a recent interview with Femina, Deepika was asked about her views on Ranveer Singh as an actor, and the Chhapaak actress couldn’t stop praising as she quipped that Ranveer is one of the best actors in the industry.

As an actor, he is probably the best we’ve had in a really long time; his versatility is unmatched. I don’t think there’s any actor in the current generation who has his versatility. Very often you still see the actor in the character, but, when you see Ranveer play a role, there is an absolute transformation and I haven’t seen that in a long time. Professionally, whatever he’s achieved is there for everybody to see... But, at a personal level, he is all heart, and his sense of humour, his achievements, his versatility, his warmth are obvious. But, beneath all of that though, he is extremely childlike. Ranveer still lives in a bubble and, if he had a choice, he’d continue living in that bubble: of just being untouched, innocent, and with lots of love to give.

She also added that even though they discuss their films and take suggestions from each other on their work, and the final decision lies with each of them. Deepika explained that she talks about things that she’s been offered and considering but they do not interfere in one another’s professional decisions.

She also mentioned that they guide each other but at the end of the day, 'the final decision is one’s own'.