Mumbai, March 23 (IANS) Deepa Mehta's 'Heaven On Earth' is in censor trouble. Asked to drastically reduce scenes of domestic violence and to beep out a couple of expletives, she stood her ground, and not a single shot from the film has been cut.

Mehta, who is no stranger to censorship, said: 'I told them I won't make a single cut. And they were welcome to give me an 'A' certificate if they wanted. They agreed. Not a single shot from 'Heaven On Earth' has been removed.'

Mehta is appalled by what she says are double standards in censorship.

'Correct me if I'm wrong. But another film, 'Provoked', had scenes of domestic violence. And Jennifer Lopez in 'Enough' or Julia Roberts in 'Sleeping With The Enemy' were shown to be far more graphically violated than Preity in 'Heaven On Earth'. Comparatively my film has very little on-screen violence. We've just one sequence of domestic violence.'

'I refused to let them cut a single moment from it. Luckily my distributor Ravi Chopra was with me. He too would settle for no cuts. He said so many films with so much more violence get a 'U' certificate. Films showing irrelevant gratuitous violence gets passed.

'But when in 'Heaven On Earth' we show what happens behind closed doors, we're told to cut it out. No way! You've horrific stories of young girls being beaten up and abused in Mangalore and Mumbai. If I make a film about it, they'll see these things can't be shown,' she added.

Mehta said: 'The violence in 'Heaven On Earth' is not manipulative. Wives are physically abused in front of the whole family. Children grow up thinking there's nothing wrong in beating up women and little girls who witness their mothers being battered actually believe getting beaten up is their destiny.'

About the expletives, Mehta laughs: 'We've a whole recent history of Hindi films filled with maa-bahen ki gaali. The kid in 'Heaven On Earth' says the 'f' word twice once when his mother tells him to fasten his seat belt. How shocking is that!'

Sighs Mehta: 'I'm tired of the hypocrisy in censorship. You know, in the days when Asha Parekh was the censor chief they passed my 'Fire' without a single cut and with a 'U' certificate. The objection to the film came from the Shiv Sena. And now when there's rampant violence against women, I was asked to cut it down. I said I'd rather not screen the film in India.' 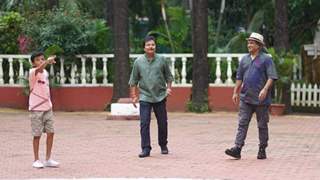 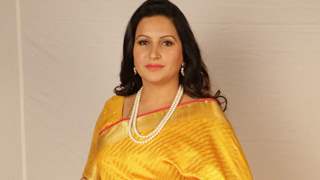