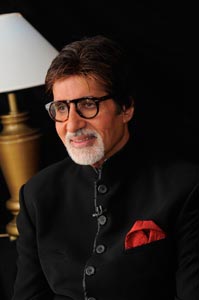 Bollywood megastar Amitabh Bachchan says his decision to turn down an honorary doctorate from an Australian university following racial attacks on Indian students there was driven completely by emotions.

'I reacted emotionally. It was a personal decision. I didn't find it appropriate to accept an honour from a country where my countrymen were being dishonoured,' Amitabh told reporters here Tuesday.


The 66-year-old star created a buzz Saturday when he publicly announced that he had refused to accept the doctorate being given to him for his contribution to the world of entertainment from the Queensland University of Technology, Brisbane in wake of the racial attacks.


The actor was also supposed to attend the Brisbane Film Festival there in July, but he is confused about attending it.


'A retrospective of my films is to be showcased at the event and they had even asked me to suggest 10-12 of my best films, but I don't know if I will be going or not. I don't know if I would want to reconsider my decision,' he said.


Amitabh was here for a press conference for the announcement of the 10th International Indian Film Academy (IIFA) awards to be held in Macau, China starting June 11-13. He is the IIFA brand ambassador and is extremely excited about going to the 'Las Vegas of the East' for the event.