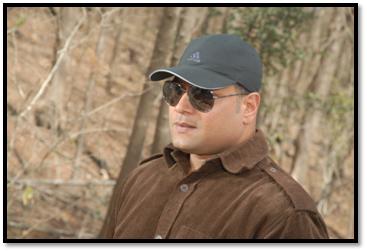 One day, the CID team is on their way to a small outstation weekend break when a small incident in a road halts all their plans. They see a woman who is crossing the road with a paper bag suddenly feels suffocated for breath and it seems like an Asthmatic attack.

Cops rush to her aid and try to help her. Daya takes the bag from her hand and he thinks she is pointing towards it. He just bundles it in his car and rushes back to the woman.

The young woman is rushed to the hospital but she dies over there due to internal poisoning. To cops' shock, they are told that the young woman was a human bomb, and the explosives poison killed her. Cops decide to unravel the mystery of the same. That night, Daya recalls the paper bag and gets it from his car. Daya finds a wooden box and he is stunned to see what is inside it. But before he can react, there is an explosion in his house and the wooden box gets stolen from his house.

The CID team is shocked and traumatized by Daya's accident even though he survives it - he has slipped into a coma.  The cops decide to decode the mystery of the dead woman and the mystery wooden box. And somewhere out there, the wooden box has reached the mystery woman  - and the box is going to decide the  fate of six men and six places.

People would come up to me and say 'Mere Sarr se mera shani hata do': ...

dhruti11 6 years ago got emotional after watching this episode... daya sir is d best... love him soo much..

Aroma16 6 years ago i watched it was fantastic,cid all episodes are fantastic for me

pinkpearl5 6 years ago Thanks tellybuzz! :)
Uff the same old coma plot! So boring!

I don't understand why does FW manipulate with science as and when they wish... why always every injury lead to coma ??

I request every viewer to sit back and watch the show calmly - Daya Sir will be back fit and fine mostly probably by the end of the episode or by the next episode... Why am trying to explain it - as by now everyone are aware what would be happening in such episode...

Alpha_Ka_Gamma 6 years ago Common show something new litrally bored of such tragic coma death twists evrytime...Is this the way u beat rival Anil Kapoor show 24 in ratings???...Very bad come up with something Logical Please

Akshay Mhatre talks about the importance of a mother's hand ...
8 minutes ago