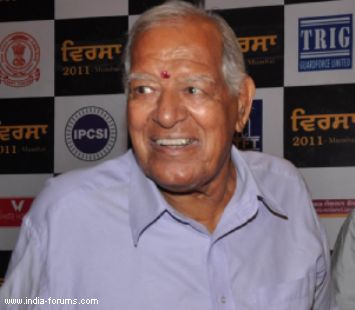 The 84-year-old was taken to the Kokilaben Dhirubhai Ambani Hospital Saturday following a severe cardiac problem.

He remained critical Sunday, and his condition hasn't improved since.

"He is still very critical. His condition has not deteriorated and he is holding up, but he requires a high dose of medication. The problem he came up with during hospitalisation has now affected his kidneys. His kidneys are not functioning the way they should, so we have to put him on dialysis," Ram Narain, COO, Kokilaben Dhirubhai Ambani Hospital, told IANS.

Dara Singh Randhawa, who won the title of "Rustam-e-Hind" for his wrestling prowess, entered the film world in the 1960s.

He has also done TV serials and is best known for his portrayal of Hanuman in "Ramayan".

Did you know how Dara Singh was chosen for the role of Hanuman in ...

Taapsee Pannu: Will ‘break all ties’ with Anurag Kashyap if ...
32 minutes ago

Bigg Boss 14: Kavita Kaushik shuns reports of being a part ...
51 minutes ago